RunThrough is a navigation device that can be clipped onto the handle of a shopping trolley.
It helps users to make a purchase as quickly and effectively as possible.

The task in this course was to design a navigation device that works without a display or speech. RunThrough guides its users with a circle of LEDs and helps to make a purchase as quickly and effectively as possible. Especially users who are under stress and don’t want to waste a minute or users who shop in a big shopping mall for the first time and repeatedly search for products but can’t find them in the amount of offers. 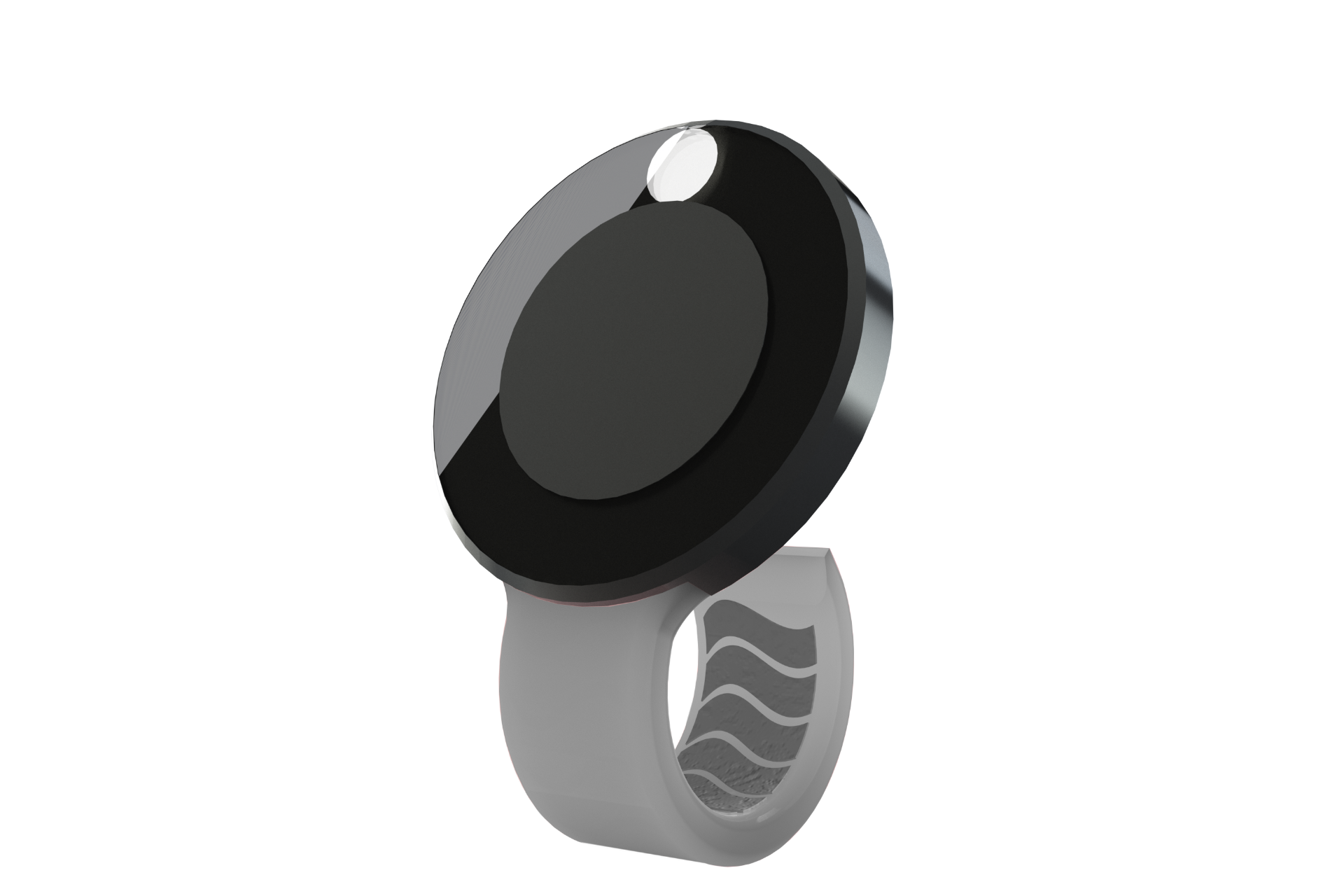 RunThrough organizes the shopping list to guarantee the shortest possible route and effectively navigates the user through the shopping center using an indoor positioning system such as Google’s VPS. The concept also envisages that the system automatically adds potentially necessary items to the shopping list, based on the user’s purchasing behaviour and, for example, also taking into account the data of other smart devices, such as intelligent refrigerators which can provide information about what is still available at home and what is not. A neural network could analyze this data and make precise predictions whilst taking into account the different probabilities for the need of specific articles. We also put effort into creating navigation instructions that were as catchy and as easy as possible to understand. 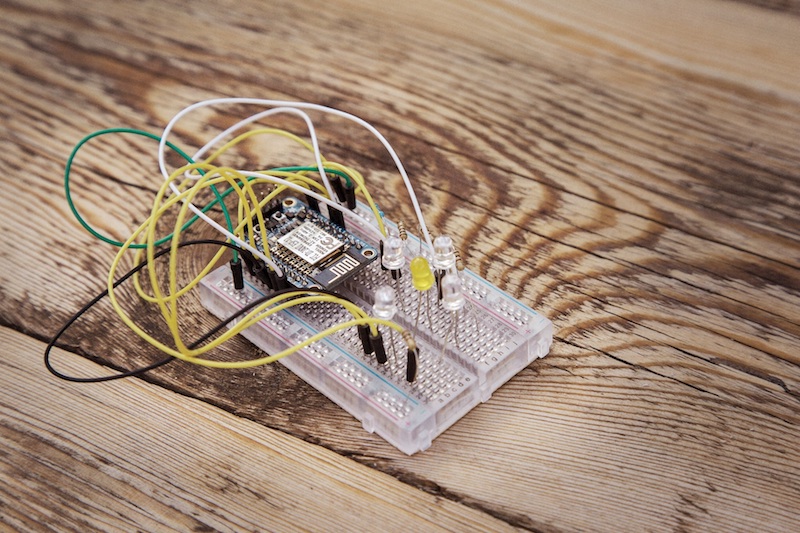 We developed various prototypes during the semester. For the first prototype we used only five LEDs. Four of these LEDs served as direction indicators which flashed at different speeds depending on the distance to the product and finally lit statically when the product was reached. Additionally we used a different colored LED in the middle which signals a running navigation and e.g. also flashes briefly at certain intervals when the battery capacity is coming to an end. To be able to remote control the navigation, we used WiFi for this prototype. As microcontroller we used an ESP8266 which was configured as access point. With a WiFi-enabled device, you could log into its WiFi network and access a small website with controls. Unfortunately, the communication with the ESP8266 was not very reliable and complicated anyway. 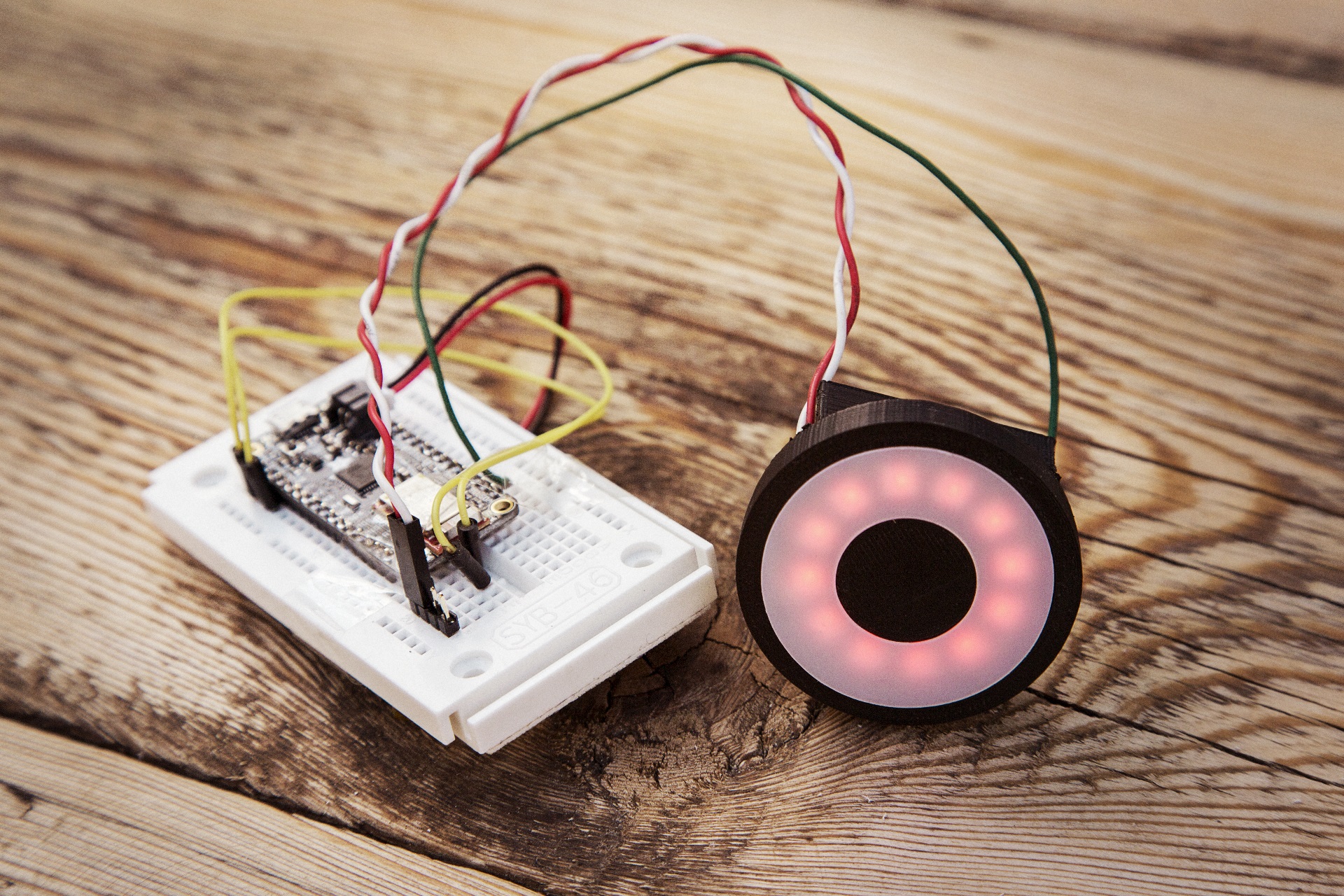 For a second prototype, we switched from WiFi to infrared which allowed us to control the prototype from a certain distance using a small remote control. This worked with lower latency and fewer dropouts, but the environment in a shopping mall was too bright and the many shelves also hindered the transmission of signals between the remote control and the prototype.
As the final prototype, we used Bluetooth LE as the technology and switched from the five LEDs to an LED ring to be able to display directions more precisely. As remote control we used an Android smartphone where a modified version of the Bluefruit LE Connect App from Adafruit was installed. We developed two versions, one with eight static directions and one with dynamically adjustable directions.
With the first variant we had eight buttons available in the app and thus also eight directions between which one could switch hard. In the second variant, we used a joystick to ensure a more dynamic and stepless direction display.

Finally, we modeled a final form prototype in SolidWorks to demonstrate what RunThrough might look like when it gets manufactured. We additionally 3D-printed the model in its original size in order to be able to test the dimensions on a real shopping trolley.